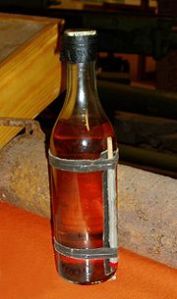 While watching a TV show the other night, Alexander asked my husband Steve where the name “Molotov Cocktail” (gasoline bomb) came from. He wasn’t sure either so he looked it up and sent Alexander a link. Alexander was looking over the Wikipedia information and found out it was named after Soviet Union Foreign Minister Yyacheslav Molotov by the Finns who were invaded by the Soviet Union in 1939.

Wikipedia is fantastic because it provides useful and interesting information while allowing you to click and learn about unfamiliar information related to the topic. So, Steve read a little bit with Alexander and then Alexander called me over to retell everything he learned and did some more searching. He loves war strategy so this was just his thing. He looked at maps and found where the Soviet Union set up troops, he read about the League of Nations and spent time figuring out which countries were a part of the League of Nations and how it later became the United Nations. He discovered that the CIA manufactured a 15 page manual explaining not only how to make the Molotov Cocktails, but some amusing ways to disrupt the government (calling in sick, leaving faucets running, lights on) and dropped it over Nicaragua in 1983. The Molotov Cocktail was not even the focus any more – all the other interesting information surrounding it was now consuming his energy.

What I love about learning is that it takes just one little interest like, “where did that name come from?” and it leads us to a whole new area of investigation.

*This post is also found on my new unschooling blog, but I wanted to share it with friends and family who only read this blog because unschooling and free learning just blow my mind sometimes.

One thought on “Molotov Cocktail Mixed with Unchooling”

My Tweets
Join 1,219 other followers